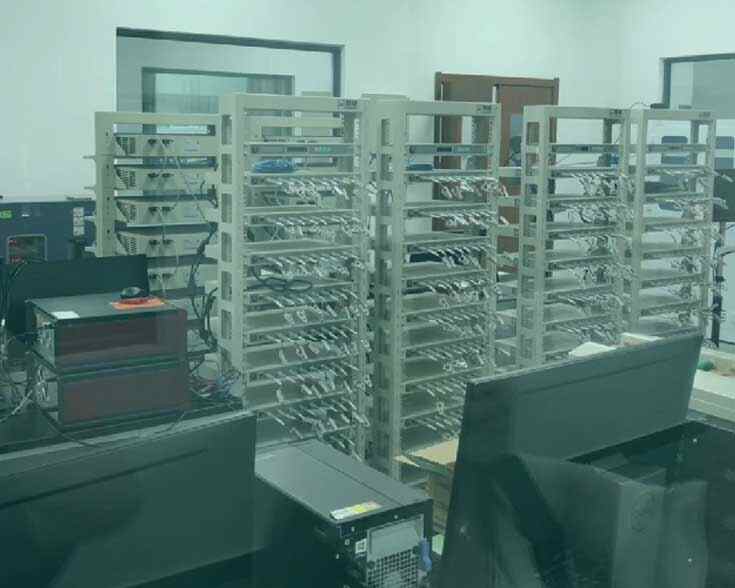 South Star Battery Metals Corp. (“South Star” or the “Company”) (TSXV: STS) (OTCQB: STSBF), is pleased to provide further details on its new project in the Alabama Graphite Belt that is subject to the recently announced binding Earn-in and Option Agreement (“Agreement”) for the Ceylon Graphite Project (“Project”).

Refer to December 7, 2021 press release for additional details. Under the terms of the Agreement, South Star will have the right to earn-in up to 75% of the Project.


A comprehensive preliminary exploration program including mapping, trenching and sampling (both surface and bulk) was previously completed and provides a sound basis for South Star to move quickly toward a maiden resource estimate. The Project’s location is in the heart of a booming regional center focused on the electric vehicle industry.

The Project is located on the northeast end of the Alabama Graphite Belt and covers approximately 500 acres in Coosa County, Alabama (Figure 1). It is crossed by a four-lane highway with power and natural gas available adjacent to the site.

The Project is close to several interstate highways and 225 miles from a major port in Mobile, Alabama. State and local officials are pro-development and support both primary extractive and downstream processing industries.

The southeastern United States is rapidly developing into a major hub for the Electric Vehicle (“EV”) industry and the Lithium-ion Batteries (“LiB”) needed to power them (Figure 2).

In addition, a significant aerospace and defense industries hub is centered around Huntsville, Alabama providing further market opportunities for high purity, value-added graphite products. Graphite is included in the list of US Critical Minerals and was recently added to the National Defense Stockpile List. 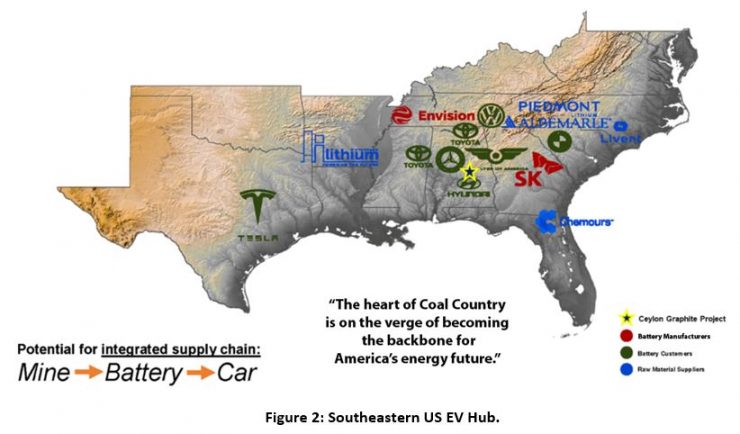 The Alabama Graphite Belt is approximately sixty-miles long, strikes NE – SW and is located in the Coosa block of the Northern Piedmont province in the Higgins Ferry and Poe Bridge Mountains Groups of schists (quartz-sillimanite-mica-graphite-roscoelite) and quartzite (quartz-mica-graphite).

The metamorphic rocks of the Alabama Graphite belt are sillimanite to kyanite grade, meaning upper green schist to blue schist facies. The graphitic schist unit is highly weathered down to depths of 10 m-30 m depending on topography and variations in mineralogy/structure. The Project is one of approximately 50 mines within the Belt that were active primarily during World Wars I and II (last production 1949).

A comprehensive mapping program during the first half of 2019 generated a detailed geological and structural picture of the Project area as well as along strike to the northeast and southwest (Figure 3).

Eighty-three surface samples were collected (Figure 4a) and analysed both in the field with a XMET8000 handheld XRF analyzer and at an independent laboratory. Samples were tested for 37 elements. Mineralized zones were characterized into several geo-metallurgical domains related to the intensity of weathering, graphite grades, gangue mineralogy and host lithology.

This work has generated new concepts on the controls and locations of graphite mineralization that will assist the Company in identifying and assessing new graphite prospects along the belt. 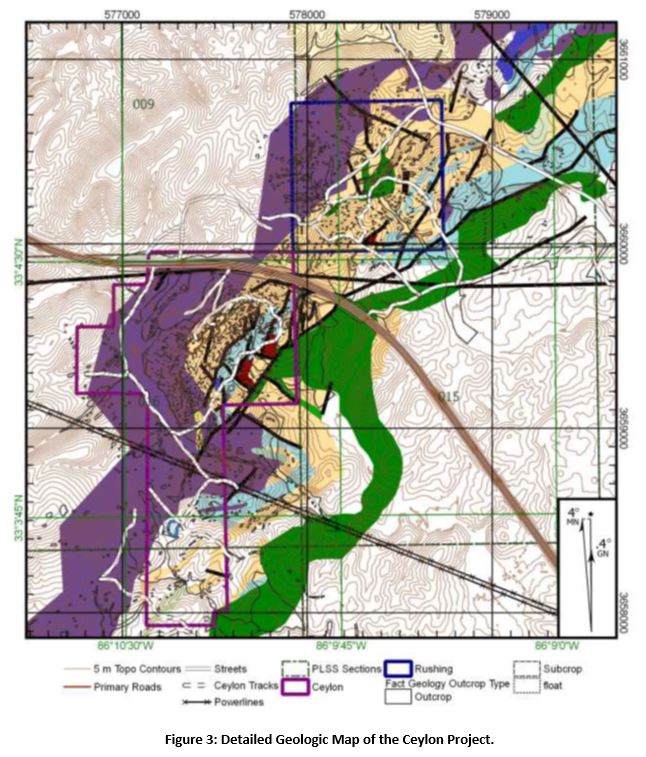 Following the mapping program, 29 trenches were excavated to a maximum depth of 2 meters (Figure 4b). A total of 2,769 linear meters were dug, mapped and sampled. 765 samples were submitted from the trenches for

independent laboratory analysis plus standards (5 per hundred for a total of 42) and duplicates (5 per hundred for a total of 38). Graphite content ranged from 0% up to 4.93% Cg. Results support the conclusion that the deposit continues at depth below the Ceylon Mine pit floor, laterally and on strike at least 1,000 meters to the northeast and to the south-southwest.

Following the trenching program, a 100-ton bulk sample was excavated, crushed and bagged from eight pits across the property (Figure 5). The sample pits were selected to provide representative samples of the different graphite-bearing deposits identified during the mapping and trenching programs. 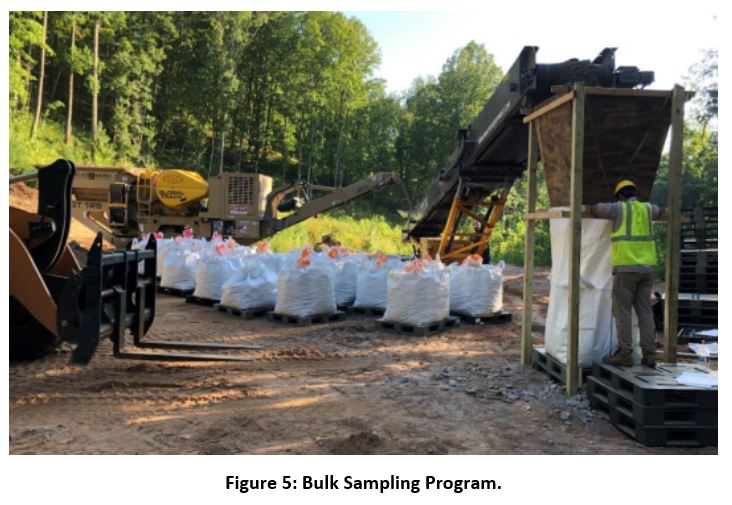 Each one-ton supersack was carefully tagged and catalogued and a small representative sample was taken from each for laboratory analysis (Figure 6). The bags were immediately transferred to a secure, dry warehouse in the nearby city of Sylacauga, Alabama.

A portion of the bulk sample was shipped to the GIRCU Laboratory in Guangzhou, China for initial bench-scale beneficiation testing. The testing indicated a traditional crush/grind/flotation concentration circuit could achieve grades of 95%-97% with approximately 86% recoveries.

In general, 75%-80% of the sample concentrates (by mass) were -80 mesh material and the balance being +80 mesh material. The graphitic samples were described as well liberated and easy to process. Approximately 75 tons of the bulk sample remain in the warehouse.

South Star is currently developing a work program, schedule and budget for the initial Phase 1 exploration program at the Project. This initial work will include RC drilling to further define the extent and structure of the deposit and will be combined with additional field mapping and surface sampling.

The initial RC drilling will be supplemented with diamond core drilling, as needed, to generate sufficient data to produce a maiden resource estimate. The work program will also include the base level reconnaissance work needed to begin the permitting process. This first phase is tentatively scheduled to begin early in 2022.

Subsequent phases will include additional drilling, bench- and pilot-scale metallurgy, engineering, and additional permit preparation. South Star will also continue to expand and develop the excellent relationships with the community, as well as with local, state and federal agencies, originally established by the Charge Minerals’ team.

Brazil is the second-largest graphite-producing region in the world with more than 80 years of continuous mining. Santa Cruz has at-surface mineralization in friable materials, and successful large-scale pilot-plant testing (>30t) has been completed.

The results of the testing show that approximately 65% of Cg concentrate is +80 mesh with good recoveries and 95%-99% Cg.

If you want to learn more information about battery testing solutions, please entering into the Neware Official website.